There seems to be this unspoken rule that many of us have instilled within us that relates to what constitutes failure. The fear of failure can be crippling and some people even see taking risks as reckless. Not getting things done exactly how you envisaged or set out to apparently means you have failed. I’m happy to announce that this is somewhat of a fallacy. At least in my humble opinion.

Life isn’t all unicorns and medals for everyone like in kindergarten but success is all about perspective.

Failure is indeed relative. In all honesty I would recommend removing failure as a possible outcome in our minds. You either succeed as planned or you learn. Failure just seems so negative and final. Some of life’s greatest lessons and adventures have come from unexpected situations and outcomes. I know that I have set out on a specific path that didn’t work out and found a hidden gem along the way and that is just the way life works. Gaining something, even if it isn’t what you intended, can’t possibly be a failure overall.

I used to take an unreasonable hiatus and inwardly reflect whenever I experienced so called failure. At the worst of times, I would give up on whatever I was doing because my confidence was knocked so hard. It wasn’t until I realized that not succeeding merely meant I either needed to change the method which I using to get to my end goal or adjust the goal in an informed and realistic way. Often times, we set unattainable goals for ourselves and inevitably believe we have failed when they are not achieved. Every big goal can be broken up into smaller goals thus facilitating little wins which ultimately lead to one big jackpot win – the achievement of the big goal.

Are your ideas of failure even your own?

Let’s be honest, a large proportion of the negative ideas or beliefs we hold aren’t even always our own. We have encountered people who project their ideas and fears onto us and we then adopt the fruit of the scare mongering. Society also plays a disproportionate role in labelling what is deemed success and failure and we happily adopt these notions accordingly through the school system and from our families who have adopted the same ideas in the same way. It’s essentially a vicious cycle of miseducation and misinformation. We have more power over the outcomes in our lives than we think. We set the standard by which we measure ourselves. Therefore it is incredibly important to ensure that these are your standards and not someone else’s.

But if you didn’t get it done you failed…right?

Look at the 2016 Rio Olympics. You have Usain Bolt who has been coined the fasted (documented) man on earth. I insert ‘documented’ because there could be some incredibly fast man herding animals in the Serengeti who could be light years faster right? Anyway, he has now secured the record as the first man to win gold medals in 3 track events for 3 consecutive Olympic Games, Beijing, London and now Rio. He always intends to win and has the most epic attitude when it comes to his craft (despite how we may feel about him as person). He is not concerned with anyone else’s position and doesn’t see others as a threat to his goal to win. It’s not that he hasn’t ever not won a race, however when it mattered he showed and proved.

Let’s cast our minds to those who win silver and bronze as well as those who come in at fourth place and beyond when competing alongside (notice I didn’t say against) Usain. The black and white view is that they ‘lost’ and essentially ‘failed to win’. But it certainly doesn’t mean they failed period or they should be deemed failures. The situation is a lot more nuanced than that. Some of them beat their personal best, some may have qualified for the first time and 7th place may have felt like gold in terms of their personal goals. It doesn’t make headlines but it is their very own win which should not be diminished.

I didn’t pass the New York Bar Exam on my first attempt in February 2009. After the original disappointment and feelings of hopelessness, I found it in my heart to feel proud of myself. Let me explain why. Most people who take the NYC bar exam (or any State bar exam for that matter) either went to Law School in the US (I studied law in the UK) or pays for an expensive prep course and attends in person or preps online for a set number of weeks and some even opt for self-study. . I self-studied in the UK whilst working two jobs, with second-hand outdated BarBri and Piper products I’d bought on eBay and crammed it all in last minute because life was so hectic at that time. I flew into New York City in February and sat in a cold hall over two days in the Jacobs Javitz Convention Center in Manhattan and did my absolute best with the little resources I had.

Scores aside, I didn’t miss passing by a large margin despite the various elements that were stacked against me and that is why I was proud. I hadn’t failed, I’d attempted a venture I was not adequately prepared for and learned a great deal for the next time.

True Failure is Not Trying 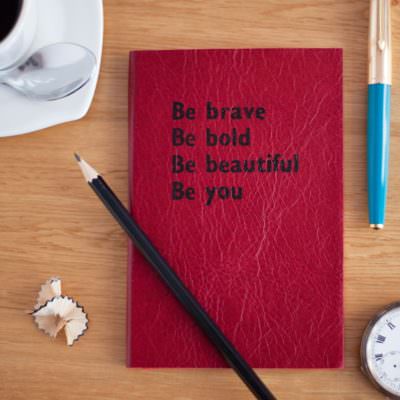 Redefining failure and its meaning in your life can lead to an epic mind shift. Realistically, the only true failure is not trying. Trying and not succeeding is a failed attempt not failure. Obsessing about something, yearning for it, dreaming about it and then not giving yourself the chance to leave the ‘what if’ mark is never worth it.

Next time you want to embark on a new venture or take a risk and the fear of failure rears its ugly head. Remember, failure is relative. Just do it!

I'm Precious Whyte, an Author, Content Creator and Solutions Coach with a full-time career in Global Mobility. My blog is home to my INFJ musings, my thoughts and solicited and unsolicited advice.